10 Heroes of Greek Mythology you should know about

You may recognize names like Hercules, Achilles and Odysseus, but do you know how they came to fame? They are all heroes of Greek mythology and their stories have been told for centuries.

Greek mythology focuses on deities, creatures and heroes as didactic tools to tell a story. What began as ancient cultural lessons has grown into civilizations around the world. So what are the stories of these Greek heroes and who make up the top 10 Greek heroes of mythology?

Who are the most important heroes of Greek mythology?

The most popular and arguably most admired hero of Greek mythology is Hercules. The story of Hercules resonates with many for his strength and perseverance to conquer many jobs and challenges in life.

Hercules was born with the odds stacked against him. His father, Zeus who was king of the gods, was married to the goddess Hera. However, Zeus had an extramarital affair with a mortal woman, Alcmene, who became pregnant with Hercules.

Hercules was born a demigod and demonstrated his great strength from the beginning of his life. When he was an infant, Hera sent snakes to kill Hercules as he slept in his cradle, but Hercules strangled them to death.

Hera’s revenge continued into Hercules’ adult life. Hercules married and had many children. To take everything from Hercules, Hera inflicted madness on him, which caused him to kill his wife and children. When Hercules realized what he had done, he sought repentance for his evil deeds and consulted his cousin, Eurytheus.

Hera continued to try to destroy Hercules by persuading Eurytheus to set up twelve dangerous and deadly labors that Hercules must overcome in order to repent for his transgressions. Hercules successfully overcame each of the labors, putting him at the top of the list of heroes in Greek mythology.

Prometheus was born as a Titan god and was responsible for providing mankind with gifts to help them survive and succeed. Prometheus granted mankind the gift of fire, but how the gift was granted can be told in different ways.

The other version of Prometheus stealing fire for mankind is derived from the story of Prometheus tricking Zeus into eating animal bones and fat, instead of the desired meat. Zeus took fire away from man to force him to eat raw meat. In return, Prometheus stole the fire to return the gift to mankind.

Prometheus is one of the main heroes of Greek mythology because he provided the gift of fire. Many Athenians are potters, blacksmiths and metal workers; all occupations that require the use of fire.

Achilles was born of the sea nymph, Thetis. To make her son immortal, Thetis dipped Achilles into the river Styx while holding Achilles by his heel. His heel was exposed, which is attributed to his fall.

Achilles was the star of the Trojan War, winning numerous battles during the 10-year war. Achilles’ main triumph was killing Hector, the prince of Troy.

Although Achilles was often victorious, he would be defeated by Paris near the end of the Trojan War. Paris shot an arrow that was guided by the gods to pierce Achilles’ heel. Today, the tendon that connects the heel to the calf is called the “Achilles tendon”.

Odysseus was the king of Ithaca who provided much wisdom, advice and intelligence during the Trojan War. Odysseus recruited Achilles to lead the Trojan War, which contributed to the Greek victory.

Although Odysseus was victorious during the Trojan War, he is best known for his heroic return to Ithaca after the war ended. Facing sirens, a Cyclops and Scylla and Charybdis, Odysseus’ 10-year journey home was documented in Homer’s The Odyssey.

Once he returned home, he disguised himself as a beggar because his kingdom had left him for dead and asked his wife, Penelope, to remarry. Although she did not want to, Penelope arranged a challenge between the suitors. If a suitor could string a bow and shoot an arrow through the heads of twelve axes, she would marry.

Knowing that none of the suitors would be able to accomplish such a task, Penelope watched as suitor after suitor failed. The beggar attempted the challenge and was able to complete it with ease. After winning, Odysseus revealed himself, killed each suitor with his bow and claimed his life with Penelope.

The story that makes Perseus a hero is his victory in defeating Medusa. Medusa was a creature that could turn anyone who looked at her to stone. Perseus approached Medusa and used the reflection of his shield to see her without looking directly at her. Perseus was able to decapitate her and store her head in his backpack.

On the way home, Perseus encountered Andromeda, who was attached to a rock awaiting the attack of a sea monster. Before the sea monster could attack, Perseus appeared and used Medusa’s head to turn her into stone, saving Andromeda and marrying her.

When he returned home, Perseus discovered that his mother had been mistreated by King Polydectes. To protect his mother, Perseus uses the head of Medusa to kill the king. Perseus then presented Medusa’s head to Athena.

The greatest Trojan warrior in the Trojan War, Hector is said to have killed 31,000 Greek fighters. Hector appears many times throughout The Iliad, but it is his battle with Achilles that is the best known.

Hector chooses to defend Priam’ s house in the city of Troy, embracing his wife and son as he departs. Hector and Paris rally the Trojan warriors and fight the invading Greeks. In their last battle, Hector fights Achilles, unaware that Athena was aiding Achilles in the battle. Exhausting all his weapons during the battle, Hector summoned the courage to charge Achilles with only a sword, knowing that he would be killed.

Hector’s bravery, courage and strength through his battles in the Trojan War made him one of the most favored heroes in Greek mythology.

Bellerophon boasted and became arrogant in killing Chimera, which resulted in his death. The story of Bellerophon is one of great strength and bravery, but also a reminder to be modest.

Discover the most fascinating creatures and monsters of Greek mythology

Son of the goddess Aphrodite, Aeneas was a leader in the Trojan War, fighting for Troy against the Greeks.

Although Troy fell to the Greeks during the Trojan War, Aeneas would survive the war alongside the great leaders of Troy; Hector and Paris. Hector would approach Aeneas in a vision and tell him to flee to a new city abroad.

Aeneas would eventually arrive in the area that would be built and known as Rome.

Known for his music and poetry, Orpheus would use his talents to become one of the major Greek heroes in mythology.

Orpheus was married to Eurydice, who died from a snake bite in a meadow. As Orpheus was heartbroken at having lost his love, the gods suggested that he visit the underworld to retrieve Eurydice. Playing beautiful music, Orpheus succeeded in softening the heart of the violent Hades. Hades allowed Orpheus to take his wife on the condition that he would walk in front of her and not look back until they both reached the earth.

Orpheus accepted the condition; however, when Orpheus approached the earth, he could see the sun and looked back at Eurydice with delight. Eurydice would disappear and Orpheus would lose her forever.

Theseus was one of the first kings of Athens, implanting democracy and equity throughout civilization. During his reign, men and women were sacrificed to be devoured by a Minotaur; a creature half bull, half man. To stop the sacrifices, Theseus would be one of the sacrificed men who would enter the labyrinth to kill the Minotaur.

Upon entering the labyrinth, Theseus met the princess Ariadne. Ariadne would give Theseus a thread to unravel as he made his way through the labyrinth. This would show Theseus the way out of the labyrinth once he killed the Minotaur.

Theseus succeeded in killing the Minotaur and, with Ariadne’s help, found his way out of the labyrinth and took Princess Ariadne back to Athens. 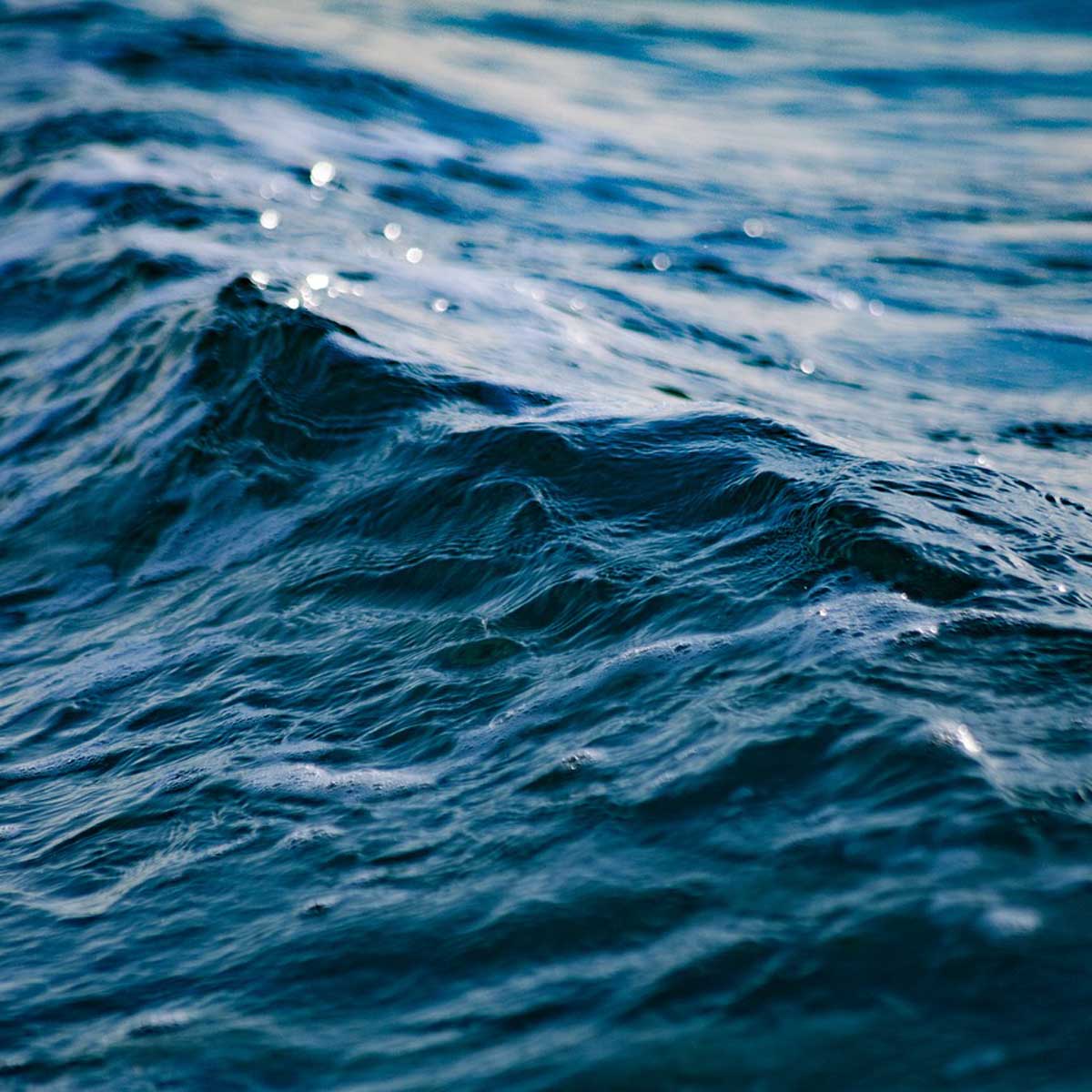 Why can’t we drink salt water?

Water is essential for our survival, yet more than 96% of the planet’s liquid water is ocean water, and it contains so much salt that… Read More »Why can’t we drink salt water?

Creatures and Monsters of Greek Mythology

Greek mythology is famous for its numerous mythical creatures, which appear extensively at crucial moments in Greek myths and epic poems. The creatures are supernatural… Read More »Creatures and Monsters of Greek Mythology